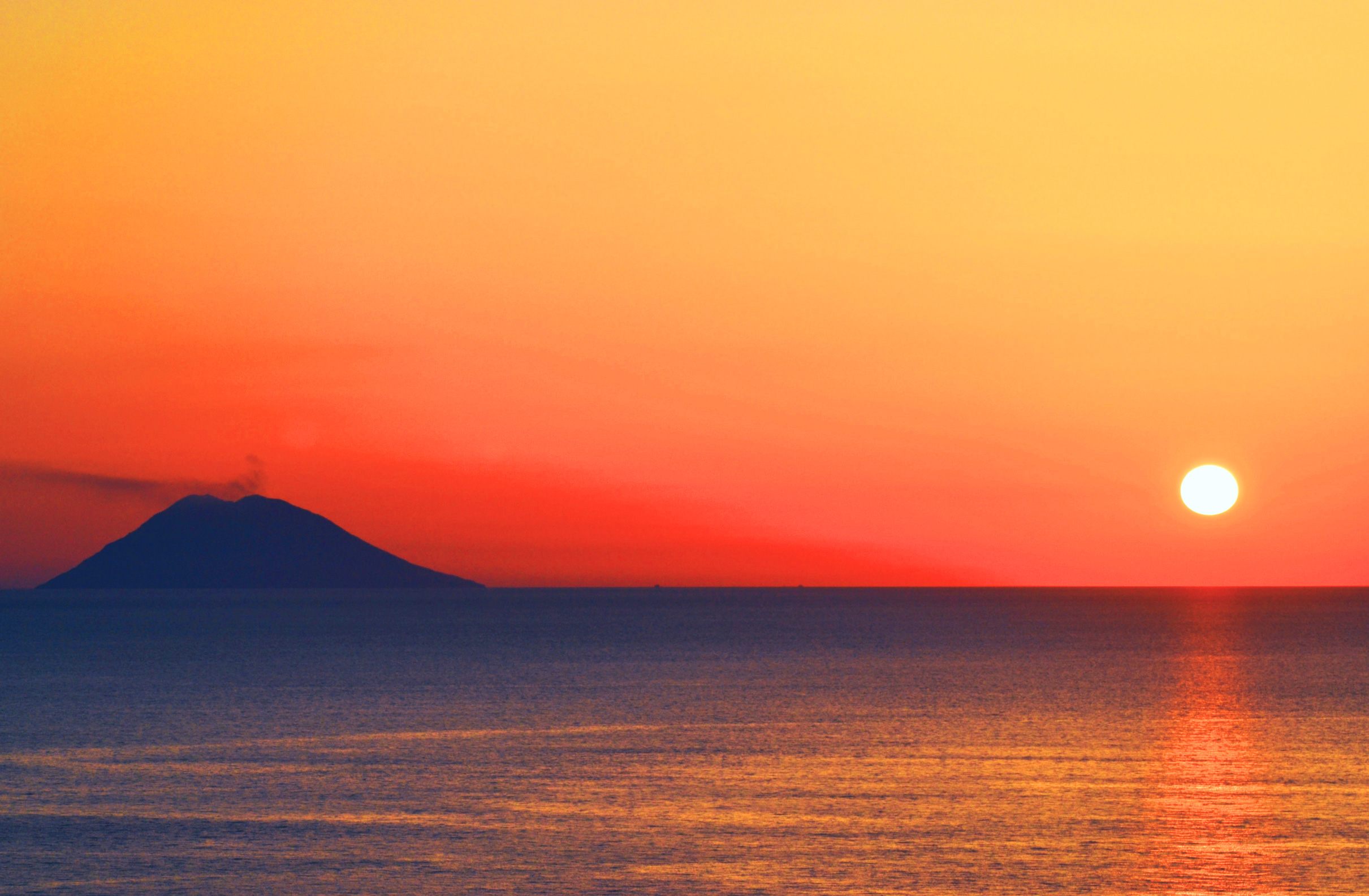 Pavolv, a Russianscientist and first Russian Nobel Prize winner, carried out his research in the1890s.  He was studying the digestive system by experimenting on thedigestive system of dogs.  His conditioning studies were first publishedin 1906.

Pavlov noticed that thedogs would start salivating when they saw the person who fed them.  Dogsnaturally salivating when they smell or see food, this is known asunconditioned stimulus (US).  The person feeding them also produced thissame response despite not being the food, this is known as a neutral stimulus(NS).  Pavlov connected a sound to the food – so every time the foodappeared the dogs would hear the sound.  After a period (conditioning) thedogs associated the sound with food and would start salivating as soon as theyheard the sound, regardless of whether the food was present.

By learning to associatea stimulus with a response, the body eventually does this automatically in thepresence of the stimulus.  The response is an involuntary psychologicalresponse. An example is this is when someone says, “We need to talk”. Mostpeople will react to this prompt with anxiety and a physical response in thestomach.

This is the processwhereby the learning of classical conditioning is undone.  When the noiseis no longer present during the feeding of the dog the link is lost or becomesextinct. Certain therapies work on the idea of changing the (unhealthy)classical conditioning that we have learned through our primary relationships.

Thorndike studied learning in animals and developed the theory of connectivism, which looked atthe connections between a particular act and pleasure. His first paper onAnimal Intelligence was published in 1911.

Thorndike attempted to develop an objective method to test the problem-solving capabilities of dogsand cats. He designed a number of puzzle boxes into which he put the testanimal and sooner or later the animal would manage to manipulate the levers toescape.  In subsequent tests, the animalswould escape more quickly.  However,animals that had previously watched another animal escape would not escape anyfaster, which led him to a trial-and-error theory of learning.

He classified the lawsof learning as:

The Law of Effect

The Law of Readiness

We only learn when weare ready to do so mentally and physically.  If we are ready to change abehavior, we will have greater success, which is in itself a reinforcement ofthe changed behavior.

The Law of Exercise

Repetition, or drilling,will increase the strength of the connection. The more we repeat, the better welearn.

Watson established behaviorism as apsychological school.  He is known for his controversial experiments onLittle Albert, and the Kerplunk experiment. In his 1914 book, Watson essentially rejected the law of effect, denyingthat reward and punishment caused stimulus response associations to be learned.

Watson(1924) is quoted as saying “Give me a dozen healthy infants, well-formed, andmy own special world to bring them up in and I’ll guarantee to take any one atrandom and train to be any type of specialist I might select – a doctor, alawyer, artist…”

A 9-month-oldinfant was taught to associate fear with a rat where previously he had no shownfear of the animal.  Every time he was presented with the rat Watson andhis assistant would make a loud bang just behind his head.  The end resultwas that the boy would be distressed when the rat appeared.  Little Albertbecame classically conditioned to experience fear at the sight of therat.  Albert's fear then became generalized to include other whitefluffy stimuli, including the family dog, a fur coat, cotton wool.  Theexperiment showed that classical conditioning can be used to create aphobia.

Thereverse also was shown to be true by Mary Cover Jones who showed that itwas also possible to desensitize or counter condition a child.  She worked with a young boycalled Peter who had a fear of furry animals.  By gradually exposing himto a rabbit while he did something pleasurable (eat) she managed to reduce hisfear to the point where he could play with the rabbit.  This has becomeknown as exposure therapy.

Skinner developed thetheory of operant conditioning which built on the law of effect. He further radicalized behaviorism (1963) by claiming that learning and newbehaviors were the result of external actions of reward and punishment, withreinforcing or punishing events serving to increase or decrease the strength ofthe association between the stimulus and the response.

The Skinner Box workedby putting a hungry animal (cat, rat, pigeon) into a box and shaping theactions of the animal by the use of food enticements.  The animals learnedto manipulate levers and handles, allowing them to escape the box. A devicekept track of the animals’ responses.

Primary or unconditional reinforcement occursnaturally and aids in the survival of the species.

Primary reinforcement is sometimesreferred to as unconditional reinforcement. It occurs naturally and doesn'trequire learning in order to work. Primary reinforcers often have anevolutionary basis in that they aid in the survival of the species. They includefood, air, sex and sleep.

Secondary reinforcement or conditionedreinforcement is where a stimulus reinforces abehavior after it has been associated with a primary reinforcer. For example,in dog training associating a clicker with a treat.

Skinner talks about positive and negative reinforcement but not in terms of good and bad, butrather as in math where positive is adding or applied to the situation andnegative is removing or subtracting something.

Reinforcement means thatyou are increasing a behavior and punishment means you are decreasing abehavior.

Skinner alsolooked at schedules of reinforcement (see below) and the differing effects thatthese schedules had on the speed of learning and extinction.

Connections to teaching and learning

Behaviorists such as Watson and Skinner see knowledge as a repertoire of learned behaviors,as responses to stimuli.  They seelearning as a transmission of the appropriate response by the teacher to thepupil.

Behaviorist teaching methods, which are based on repetition are effective in certain typesof learning where there are correct answers and no analysis, such as dates orforeign language vocabulary. The skill or level of difficulty increases overtime, building on what was learned before. Most testing systems tend to use the behaviorist model, which makes foreasier correction.

Many of the testing types used in instructional design (multiple-choice, drag anddrop) rely on the behaviorist model, with a correct answer.

Operant conditioning is most often applied to classroom and student management ratherthan to learning content. By providing learner feedback praising and rewardingthe good the desired behavior is reinforced.

Strengths of behaviorism in education

When we talk of education there are two elements to consider, learning and classroom behavior.

Behaviorism has theadvantage of being a scientifically credible theory, if currently unpopular, basedon observable behaviors allowing for the easy collection empirical of data.  The behaviorist approach provides clear predictionswhich can be scientifically tested.

It is also useful in real-lifeapplications, for example, the ABC method for dealing with challengingclassroom behavior. Where A is identifying the antecedent to the undesirablebehavior or B, and C refers to the consequence (negative reward).

Behaviorism in educationtends to involve a clear set of rules and expectations which is useful inmanaging both educational and behavioral outcomes in a classroom setting.

Limitations of behaviorism in education

Behaviorism as atheory is largely based on data collected from animals, whose environmentscould be controlled relatively easily. This is rarely the case with human subjects. This reductionist approachignores biology such as the influence of hormones on humans which, as anyteacher knows, can add a complicating undertone to many classroom situations.

Behaviorism withits one-dimensional mechanistic and deterministic view of behavior doesn’t considerinternal motivations and influences on learning, which tend to be more lastingthan external ones.  If extrinsicmotivations are relied on too heavily, the behaviors they shaped are likely tobecome extinct more quickly.

My own experiencetells me people with learning difficulties, such as dysorthography, do notachieve satisfactory results with the drill and skill method, no matter thepositive or negative reinforcement.

Behaviorism doesnot lend itself to a deep understanding or analysis of a complex subject.

Implications of behaviorism for instructional design

Instructional design uses many of the tenants of behaviorism in the way that it aims to createmeasurable and observable learning outcomes, guiding students to master apredictable set of skills and behaviors.  It is in many ways the logical continuation of behaviorism, by providinga practical and systematic process for designing effective curricula andoutlining expectations for behavior in the learning environment, traditionallya classroom.

Skinner promoted the useof programmed instruction, or self-teaching with the aid of a specializedtextbook or teaching machine (today's computers) that presents the material ina logical sequence which allows students to progress through a unit of study attheir own rate advancing only when they answered correctly, much asgamification in education works today.

Gamification uses tangible rewards as the pleasurable experiences to improve student learningoutcomes and performances. An example of this is the language learningapplication, Duolingo, which uses repetitive learning and reward to encouragelearners to advance through the levels that become increasingly complicated.

Modern instructional design, with the use of learning management systems, allows forthe collection of massive amounts of empirical data. Increased analysis of data,can have a significant impact on behavior and learning. An example of operant conditioninghas been recently demonstrated in the New York and Chicago school systems withthe implantation of ClassCraft, an Engagement Management System which rewards positivebehaviors.

ClassCraft has been used in certain schools as a methodof PBIS (Positive Behavioral Interventions and Support). The ClassCraft dataanalysis system allows teachers to reinforce specific behaviors for studentswith particular needs while reinforcing expectations for the entire class.There has been a 90% decrease in exclusions which is due to the better analysisof data allowing teachers to give improved feedback to students and parents.

An instructor creates a structured course with a set number of lectures, each lecture covering a set element in the overall course, building on previous knowledge.  In the first lecture, the instructor gives an example presentation, requests questions from the class and gives a quick true/false online quiz using the schools LMS.

In subsequent lectures a predetermined student will present a set element from the course, building on elements from previous weeks. Their task is to create a short presentation, that explains the idea, gives examples and contains visually memorable content.

Each question is read out with the name of the asker by the instructor, who notes the name.

Students who ask questions for most presentations receive an extra 5% on their presentation mark.

Those that don’t ask questions do not receive the extra point.

At the end of the presentation, the presenting student tests their colleagues using a Kahoot quiz allowing them to ascertain who was listening, understood and retained the information.

The students try to answer the quiz questions – using notes and retained information.

The winning student (who answers the most questions correctly in the shortest time) is on the podium.

1.     Distractions are minimized and motivation is increased because students must both ask and answer questions on what they’ve heard.

2.     Presenters provide engaging material to motivate and enable their colleagues of varying levels and abilities to be able to follow and retain the information.

1.     Students’ questions can be very generic, thereby fulfilling the assignment without n showing any learning or understanding. They still get the 5%.

2.     The Kahoot quiz questions are narrowly related to students’ own presentations and not generalized, so students may not “formulate the rule”.

3.     The quiz formats do not allow for levels of comprehension – only right answers lead to points. 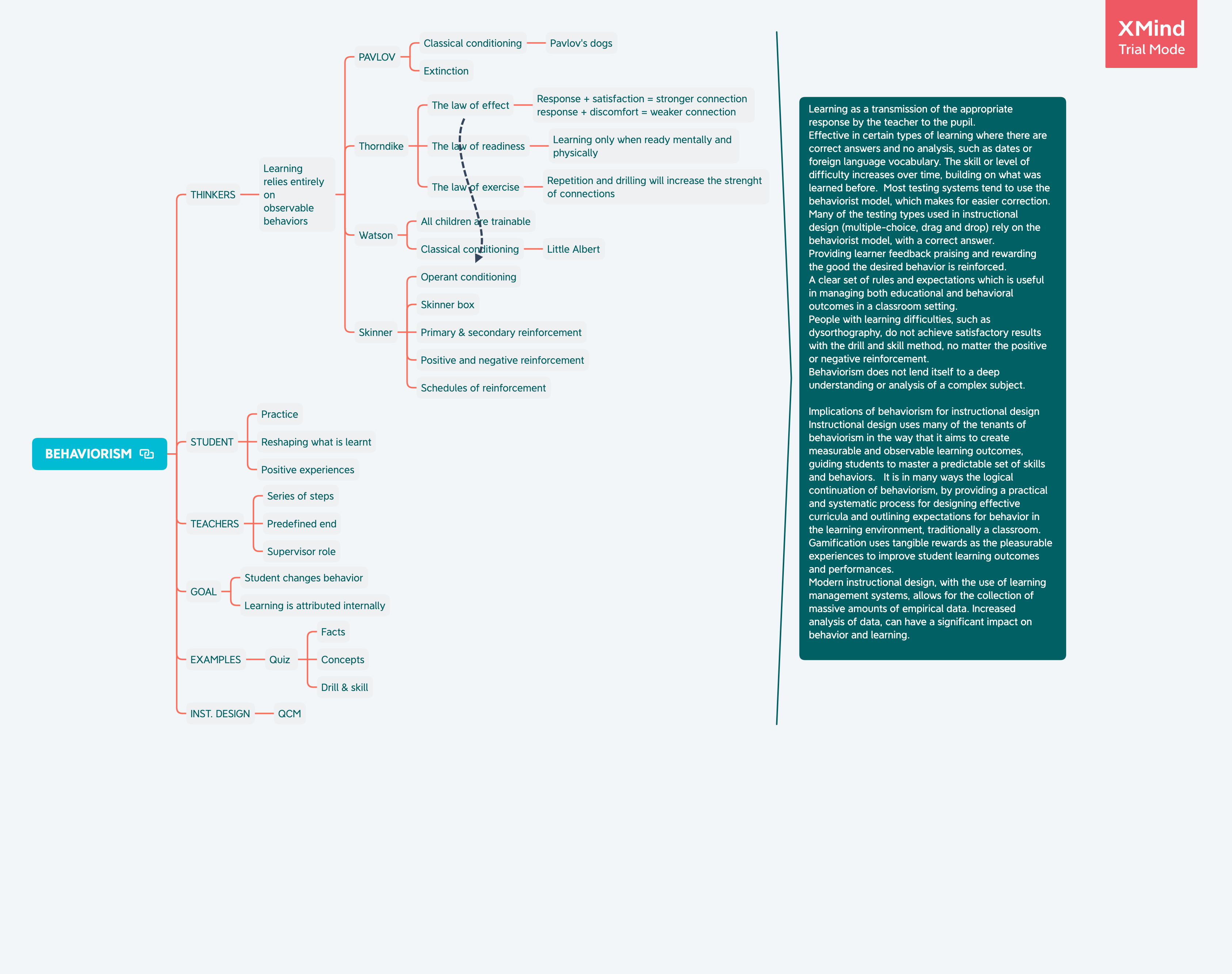 McLeod,S.  (Updated 2018) What Is OperantConditioning and How Does it Work?

Renner,R. (2018, August) How to Use Operant Conditioning in the Classroom. https://classroom.synonym.com/uses-classical-conditioning-classroom-7603215.html

references
Thank you! Your submission has been received!
Oops! Something went wrong while submitting the form.